Our story begins with the company’s founder, Jack Pearl. A pioneer in the industry, Jack built genuine relationships with many who later became loyal customers. He started the company with personal service and the dream of making a difference for people when they needed it most. Jack embodied our philosophy of focusing on people and delivering on promises. Pearl Companies was an offshoot of that vision.

Jack’s dream continues to grow through a variety of products intended to help people and businesses to live worry-free lives. 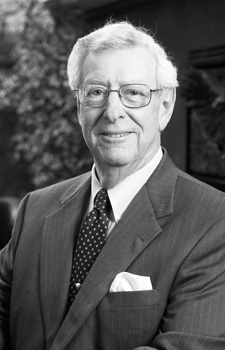 Jack was the driving force and cornerstone behind Pearl Companies since he founded it in 1954. He was a graduate of Bradley University, a charter member and past president of the American Institute of Professional Association Group Insurance Administrators (AIPAGIA), a charter member of the Professional Insurance Marketing Association (PIMA), an active contributor and volunteer for the Children’s Miracle Network and Children’s Hospital of Illinois, and a significant supporter of the Catholic Diocese of Peoria.

Jack was also recognized for his many outstanding achievements through various awards, including the prestigious Master of Mass Marketing award presented annually by the Mass Marketing Insurance Institute (MI2), the Sigma Chi Significant Sig Award, the second-ever recipient of PIMA’s Legend award, and Kentucky Colonel, as commissioned by their Governor in 2006.

Jack was a pioneer of insurance direct marketing. We are still reaping the rewards of some of his founding principles… he will always be an important part of our story.